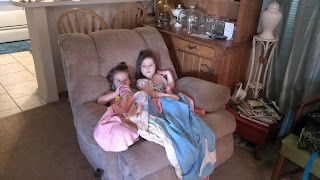 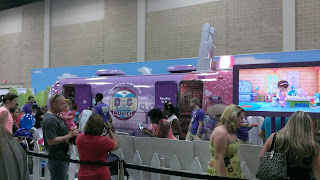 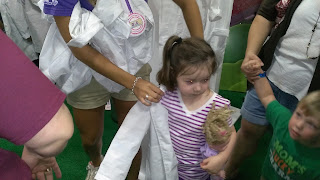 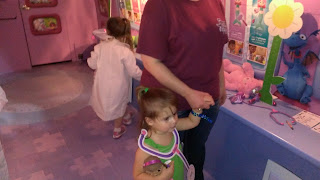 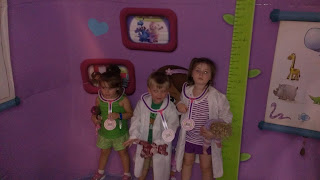 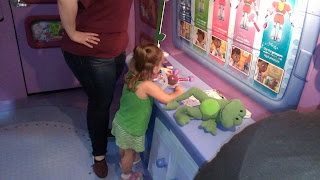 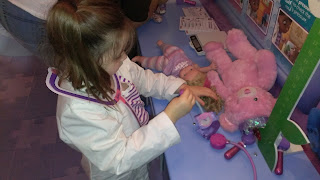 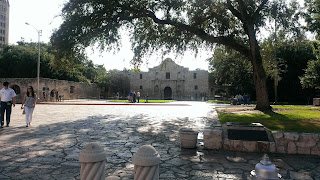 The three day weekend is such a wonderful thing I wish we had one every six weeks! Ray and I took the girls to San Antonio to spend some time with the Peeples. It had been a while since we got together with them, so it was nice to relax and catch up.  Saturday we got there in time to watch the Aggie game and have lunch, then later on we took a dip in the pool.  Sunday we went downtown to the Convention Center so the kids could go to the Doc McStuffins mobile clinic, where they got to do a check up on their own stuffed animals.  After a nap, we went swimming again and ate some dinner before heading to the hotel for a good night's sleep.  We all had a blast and appreciate all of the hospitality we were shown!
Posted by Unknown at 9:27 PM