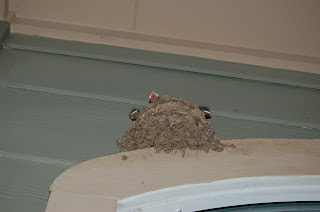 In our last installment, you saw Harry, Ron, and Hermione* sitting comfortable in their perch in Gryffindor. However, danger was lurking nearby... 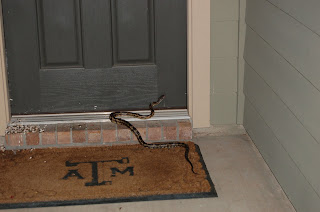 An intruder from Slytherin had made his way to Gryffindor tower, unbeknown to our young heroes. 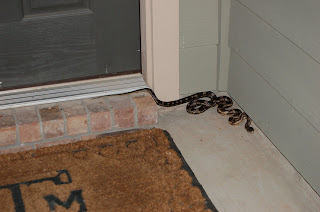 One he realized his scheme had been discovered, he started to coil, preparing himself for battle. Quickly, I said "Accio Shovel" and prepared my weapon! 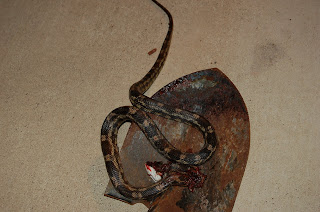 After a short battle, the plot was foiled, and Hogwarts was safe once again.

*The characters and incidents portrayed and the names used herein are fictitious and any resemblance to the names, character, or history of any person or book is coincidental and unintentional. Please don't sue me Ms. Rowling, or I will have to Accio Shovel again.