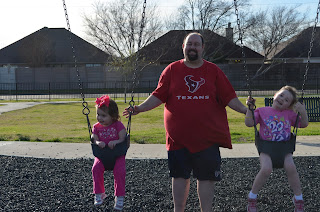 On Saturday, January 19th, I woke up and has some dizziness.  This isn't something that had happened to me before, but I just figured it would go away.  Unfortunately it didn't, and every time I stood up or walked around I would feel lightheaded.  On Sunday the problem persisted, and at Brandie's urging I went to urgent care to get checked out.  They ran some tests, including an EKG, and that came back abnormal.  They made the decision to send me over to the hospital to get more tests run.  They took blood work every 2 hours for a while, then spread it out over a longer period to test my heart enzymes.  I also had to get an electrocardiogram and another EKG.  The EKG still came back abnormal, but the electrocardiogram came back normal.

They determined since I had a stomach bug a few days before the symptoms arose that the dizziness was caused by dehydration.  They had me to a nuclear stress test as an outpatient, and that came back normal as well, so my heart is in great shape.  Apparently EKGs are not too accurate, but are used as a precursor to more definitive tests.  Thanks to everyone for the well-wishes, that was the first time in 30 years I had to stay overnight in a hospital, and I hope I don't have to again for at least another 30 years.