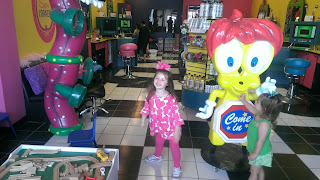 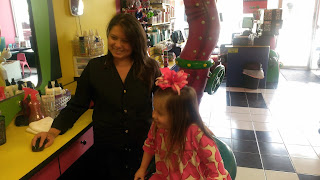 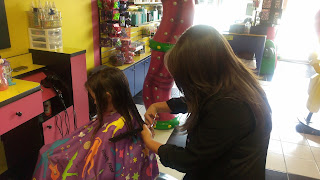 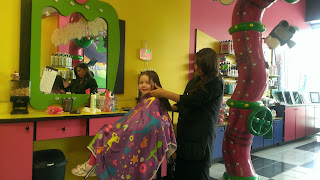 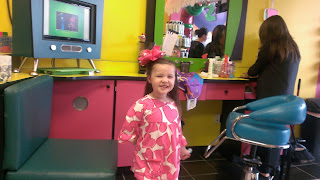 We had planned on waiting until Emma turned 4 to take her for her first haircut, but her hair had been getting tangled easily lately and the ends of her hair needed trimmed.  We had been asking her if she wanted to get a haircut, but she always got upset and said she did not want one.  Today, out of the blue, she said she wanted a haircut, so off we went!  We were downtown going to doctor's appointments, so I googled "Children's haircuts" and a place called Snip-Its showed up nearby.  As you can see, it was very child friendly and Emma was very comfortable there.  A few minutes later, and Emma had a trim and was happy!
Posted by Unknown at 9:13 PM