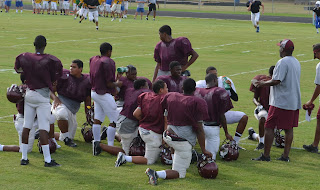 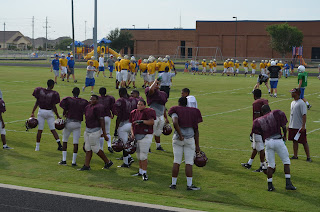 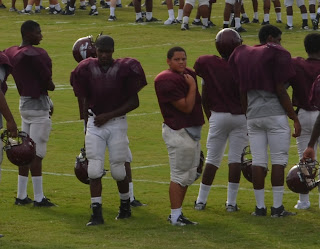 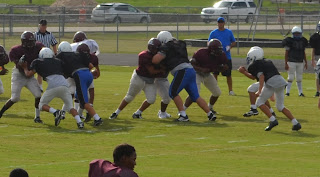 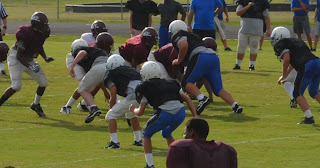 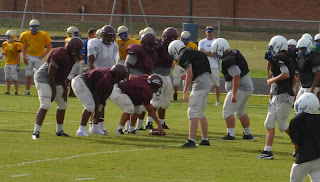 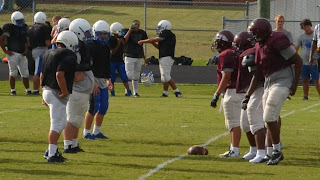 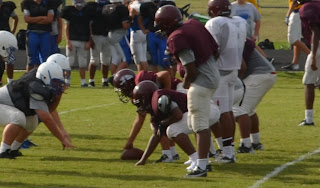 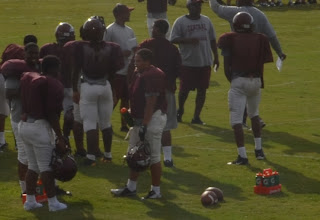 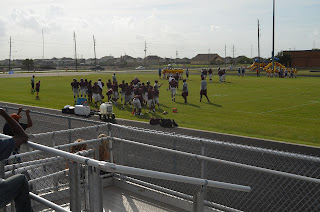 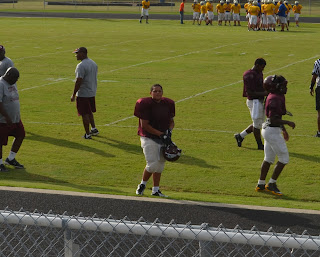 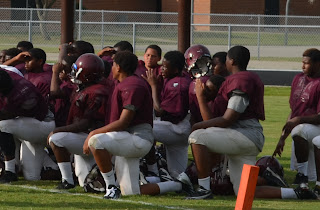 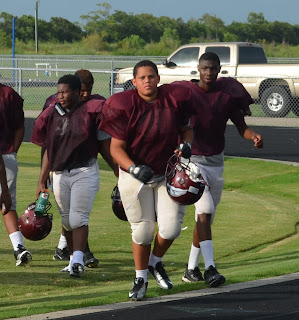 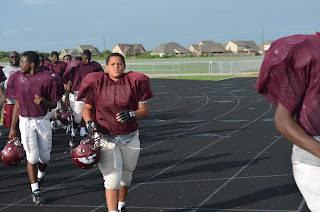 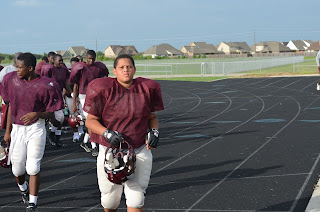 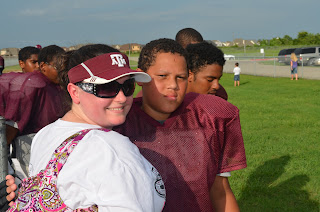 Julius is playing football this year for Beaumont Central.  He is playing center on the freshman team, and this was their first scrimmage of the season.  They played the Barbers Hill JV squad and did well!  Another boy started at center, but after 4 plays he had already muffed the snap twice, so in Julius went and played for the rest of the game.  A man behind us was talking about how well he was doing, even saying he was "glad the GOOD center is in there."  Brandie turned around proudly and said, "That's my nephew!"