Oh what a Treat

Aunt Brandie with the kids decorating cupcakes for a sweet treat! There were many little characters to choose from at this family gathering. Shanna the oldest was a Zombie, Aliceia was a rock star, Christian was a caterpillar, Beulah was Cinderella, Julius was a jock, Zeth was a business man, and Zoe was a princess. 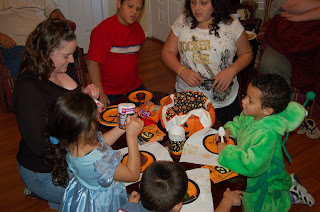 It has been a while since we have all tried to get together in one place and still we did not quite make it. We missed having Blake and Kaleb with us during this fun time. Also, Isaiah was visiting some other friends of the family during this gathering. 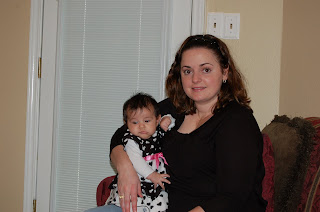 Aunt Brandie holding Zoe. She is 3 months old now and she has pierced ears! She was extremely well behaved just like the little princess she is. 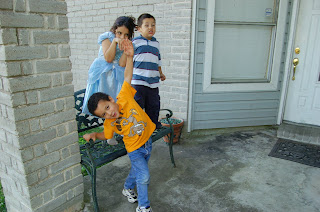 Zeth, Beulah, and Christian striking a pose for the camera!! They are the three musketeers when they are together. What one does they all do. 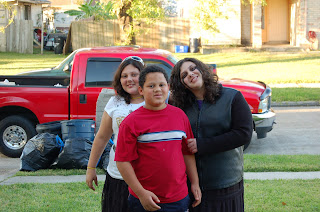 The three peas in a pod! They are so close and will always remain each others greatest supporters and adversaries on occasion. 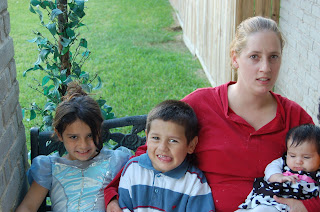 My sister Lulu with her three kids at the Pheris house. All healthy, happy, and having fun! The little princess did her part in entertaining the adults as well as her older siblings did in giving them a run their money. 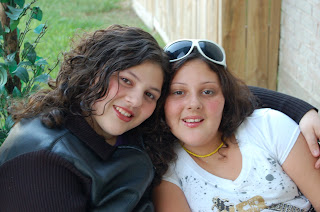 Sisters, so much alike, but also different in many ways. My nieces started a new private school this year and the teachers and students both get the two mixed up. How, I don't know since they are two grades apart.

Everyone had a great time talking, taking pictures, eating, decorating cupcakes, and playing Rock Band. The kids got so into Rock Band that Zeth was moving around and accidentally knocked a door off of its hinge.
Posted by Unknown at 6:22 PM

Labels: Oh what a Treat