Whooping it up with Friends 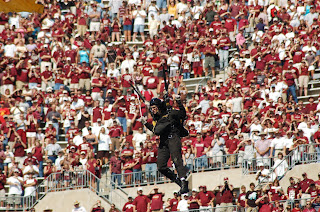 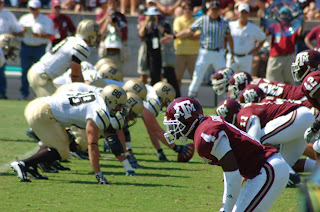 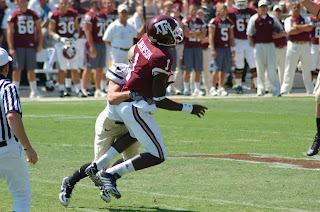 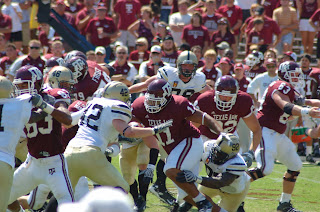 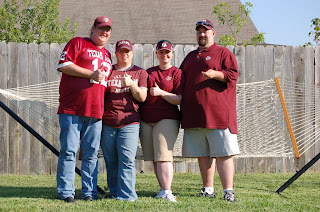 What more can you ask for, its Saturday, September 26, 2008 and our good friends Cesily and Jason came to visit, the weather is wonderful, and A&M won their game against Army (albeit not by the margin we had hoped.) We had great seats on first deck, second row, at the 20 yard line. Ray took some pictures, some of which you see to the right. This was their first Aggie football game, so we made sure to get there early and show them around a bit and do some shopping at the MSC. After the game we went and had a tasty lunch at Wings N More and reviewed the game. It was great to see J-Train get some carries; hopefully that means he is out of Coach Sherman's doghouse and will be a contributor for the rest of the season. We then made sure to hit some of the tent sales, did a bit more shopping, and that evening tried out the new restaurant/pub in downtown Bryan called Murphy's Law. I had the pot roast and Ray had the corned beef and cabbage. It was really good!
Posted by Unknown at 5:35 PM

Labels: Whooping it up with Friends