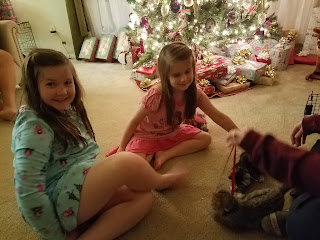 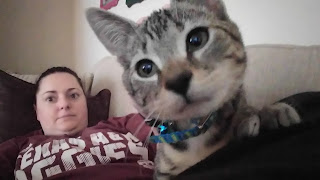 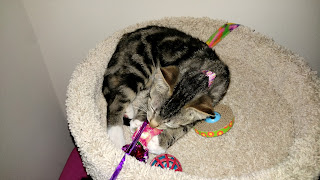 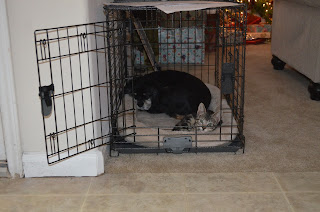 The girls had been asking for a cat for a while.  I finally gave in and took them to Animal Control to pick one out.  There was a female there with a boy in a cage, and we took the female to the front to adopt.  When we got up there, they told us the two were brother and sister and they did not want to separate them, so we ended up with two for the price of one!  Lucky and Sox are adapting to their new home, and as you can see even Reggie has gotten used to the kittens.