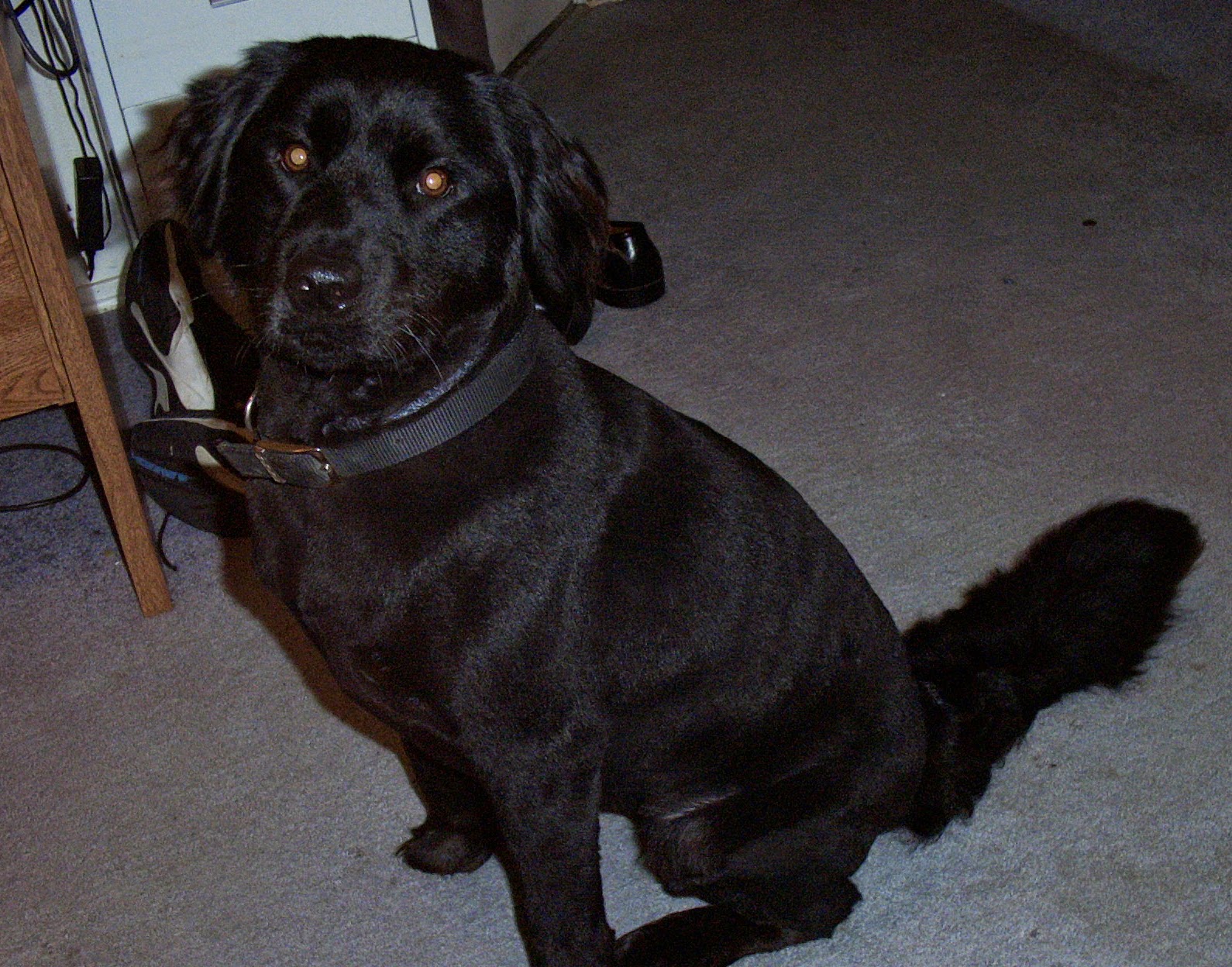 It was a sad day today.  We had to end the suffering of our 14 year old family pet Valentine.  She was named that because I bought her for Brandie Pheris﻿ as a Valentine's gift back in 2000.  I took her to the Animal Shelter and told her to pick whatever dog she wanted.  There were a lot of cute little dogs, but she saw this runtish black dog that was listless and chose her, saying she knew the other dogs would get adopted, but this one would get overlooked and put to sleep.

We brought her home, and after a couple of days she stopped eating and drinking, so we took her to the vet and found she had Parvo. This pound puppy ended up costing $1200, but she fought and made it through healthy.  A few months later, we had to move to College Station for Brandie to start at A&M, and our apartment didn't allow pets.  By that time my Dad had fallen in love with her though, which was apparent when he called us cruel for trying to kennel train her and started cooking her T-bone steaks to eat.  It was also about that time that we realized she wasn't going to be a small lap dog, and that she was really a Chow/Black Lab mix.  That just meant she was going to be a big lap dog!

Throughout the years she has been a constant companion at my parents' house, always nudging your arm to pet her, giving you sad eyes when she wanted your table food, shaking your hand, and always being loyal and watching over the family.

There are a ton of stories about her, like the time Eric made a beef roast, put it on the counter and turned his head, and looked back a minute later with an empty platter and a smile on Valentine's face.  Even in her older years, she warmed up to Emma and Abby, especially once she knew they would feed her constantly!

She is resting peacefully now, without pain, and running free forever.  We love you Tine Tine!
Posted by Unknown at 5:53 PM