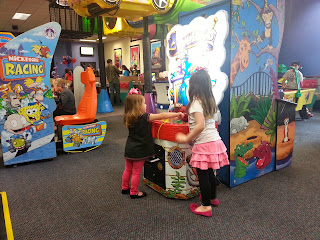 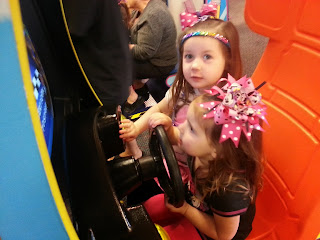 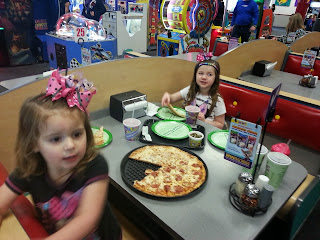 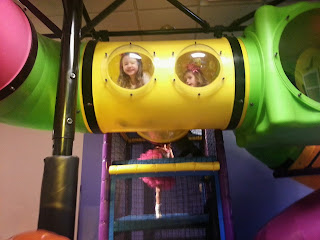 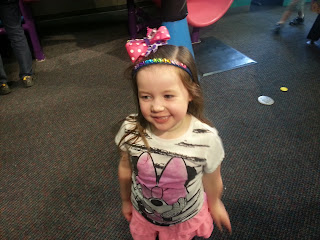 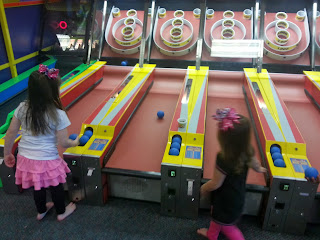 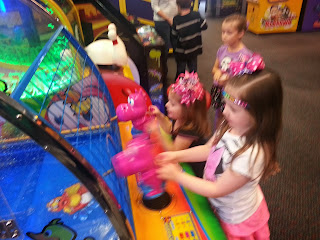 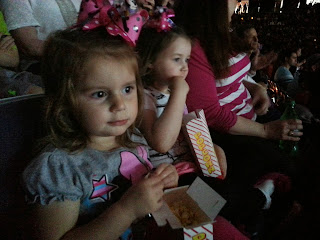 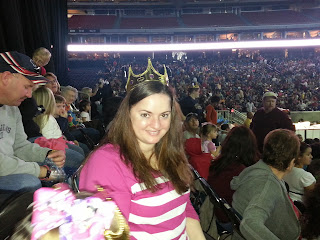 We had a great day together on Saturday.  Brandie had a wedding shower to attend for a friend, so after dropping her off there I took the girls to Chuck E. Cheese.  Since I was by myself, that was quite the adventure.  The girls wanted to run in different directions and play all of the games.  They also had fun on the play land/slide they had there.  Two hours later Brandie was ready to be picked up, but the girls weren't ready to leave!  We had an appointment with Mickey Mouse though, so we left, picked Brandie up, and headed to Disney on Ice.  For the first half of the show they were attentive and entertained, but when the intermission came they became fidgety and bored, and didn't get back into it, so we left a bit early.  We will try again in a couple of years when their attention spans are a bit bigger, but overall we had a great day together as a family!